May Scraptastic Tuesday Link Up

The Front Range Modern Guild is hosting an outdoor quilt show on June 17 in Monument at Limbach Park (151 Front Street) from 10-4.  The leaders are organizing a guild quilt that will be displayed there (I think it will be donated to a charitable organization afterwards).  Guild members were given a few solid fat quarters and were asked to make a 12.5" block.  Here's what I came up with: 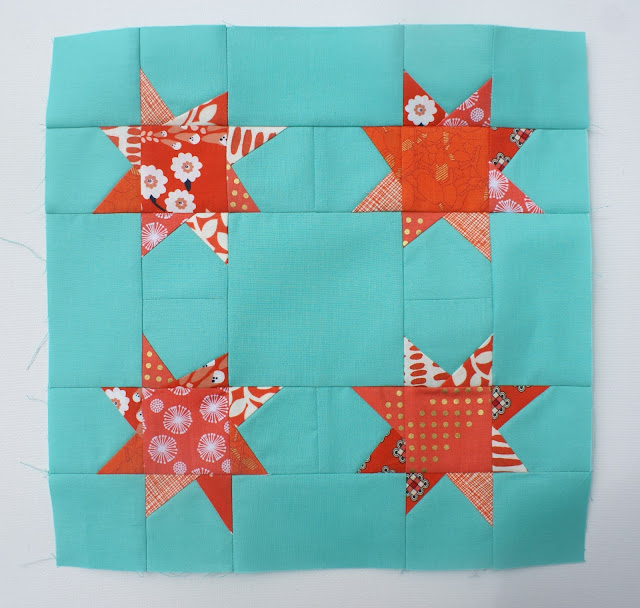 I used the Kona blue/green fat quarter I was given and bright orange scraps.  I had so much fun making this.  Wonky stars are definitely not new, but I am still proud that I figured out the math on this on my own and got it to be precisely 12.5" as requested.  It wasn't until I finished the block that I realized I could've avoided four seams if I had did rectangles on the interior of the block instead of the squares but that's okay.  Maybe I'll do a tutorial of this soon- wouldn't this be so cute repeated over and over to make a big quilt?!

Linking up to Scraptastic Tuesday.
Posted by Dresden Lane at 11:25 AM

Definitely would be cute as a quilt! In the meantime love the blockyou made. Thanks for linking up to #scraptastictuesday