I scored a serious jackpot at yard sales over the weekend.  The first treasure I came across was two curtains made out of Amy Butler wallflower fabric!  The person simply cut off the selvages and sewed on two sides - so making the fabric usable is going to be very easy.  It ended up being four yards for $2!
I also found an awesome sewing table for $25.  The person had bought it a year ago and hadn't used it.  When I came to the sale, another lady was hemming and hawing about buying it and I was just waiting with anticipation to see what her decision would be.  I almost waited until she had left (she was indicating that maybe she'd come back at the end of the day) - but I finally said, "I don't want to interfere or make anyone feel bad, but I am happy to buy it."  The other customer seemed relieved and wasn't put out at all.﻿ 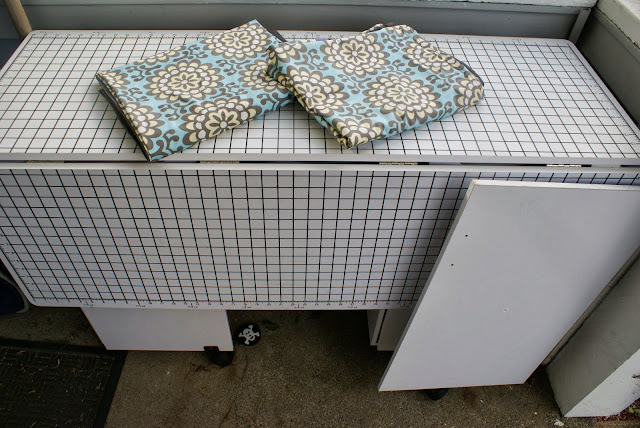 The only person who ended up feeling a little put out was my husband.  He didn't appreciate returning from an hour plus drive after a somewhat sleepless night camping with our three year old son to go to a yard sale to pick up an item he felt I didn't really need.  I tried to show him what a good deal it was - it's still on sale at Joann's and was $162 over the weekend- but I am not sure if that did the trick.  Oh well - I have to say that I am thrilled.  It's the kind of thing that I never would've splurged on at the store but I LOVE it!  And my previous sewing table was on loan.  Here it is in my sewing space: 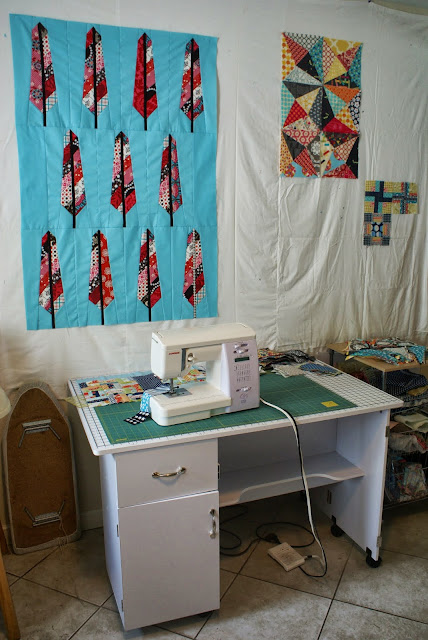 I also picked up this gorgeous hand-embroidered pillowcase for $1.  I love stuff like this! 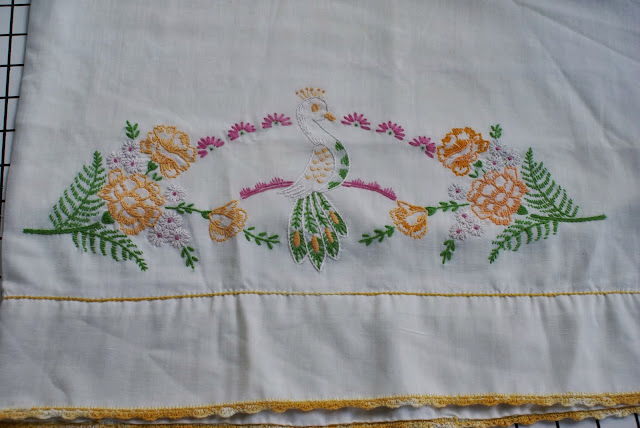 Lastly, I finally found a cotton dress for Charlotte that I will eventually cut up to make her birth announcement wall-hanging (like this one that I made for her brother.)  So many cute clothes are made out of material that you wouldn't want to sew with and/or it might be too pricey or cute to ruin eventually.  I also had to find something with pink in it.  I finally found this at Kohl's and with a few sales in my favor, it came home with me for only $4.  Booya!  Next time you see that plaid - it will probably be as pieced hexagons. 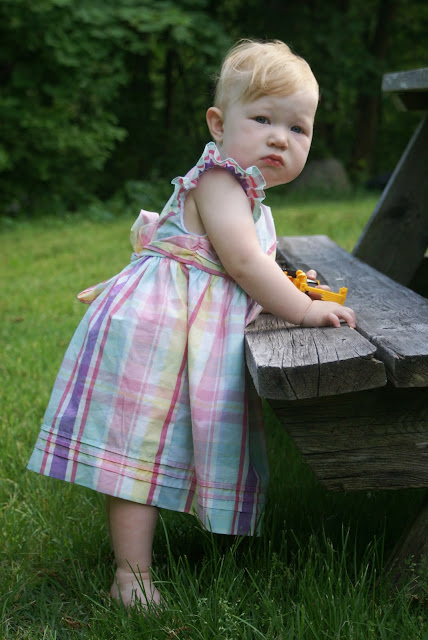 Thanks for reading!
Posted by Dresden Lane at 9:05 PM

Charlotte is so adorable. Love that plaid dress! Or future hexagons!

What amazing finds! I'm not usually a yard sale person but I think I don't find the hiddn good ones that make it all worth it! :)

You sure scored! Good finds!