Twice a year the LDS church holds what is called "General Conference" in lieu of attending our local congregation.  It is made up of four, two-hour sessions of sermons by our leaders, broadcast online and on TV.  General Conference took place over this past weekend and let me just say that eight hours of listening to church "talks" means a lot of hand-sewing time.  So much sewing time, in fact, that I finished binding a king size quilt (will blog later) and I completed Charlotte's birth announcement quilt!

This little quilt that has the measurements of a fat quarter (18 x 21) but it was very time intensive.  This quilt employed many sewing techniques: English paper piecing (the hexagon background), machine and needle turn applique, hand and machine embroidery, and sewing on lots and lots of vintage buttons.

The plaid fabric is taken from some bloomers from one of my favorites of Charlotte's dresses to add extra meaning to the quilt - what can be sweeter than baby clothes?  She was born in the winter and this is what the hospital grounds looked like a few hours after she was born: 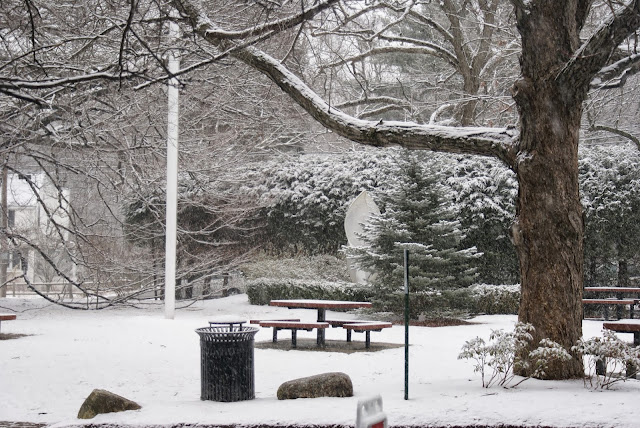 So, I had to depict a snowy tree and I already had committed to a very light, pastel background.  I did make several tiny 1/4" white hexagons to attach to the tree but there wasn't enough contrast for them to show up on the quilt.  Using vintage shell buttons as snow was an idea that came to me after a few days of debating whether I should give up and redo the whole thing. 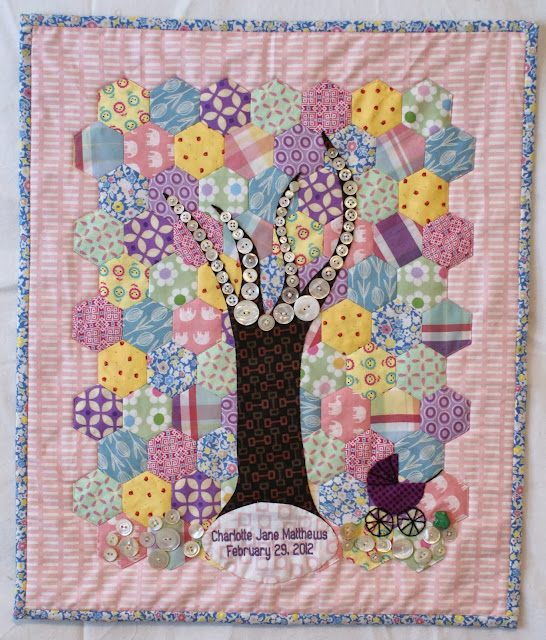 Sewing the buttons on was relaxing and not too time consuming.  My kids had a blast playing with all the buttons when I had them out. 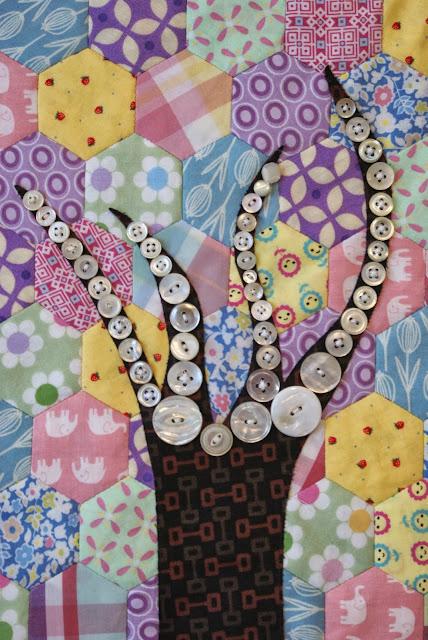 Sewing on this little carriage took forever.  I have a lot of respect for those who have mastered needle turn applique - it's especially difficult on curves!  I had to be corny and add a little frog button since she was born on "leap day." 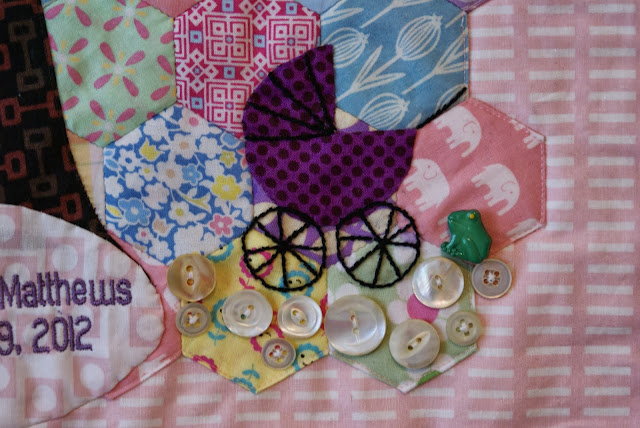 I backed the quilt with a favorite Remix print and bound it in a Liberty Lifestyle Stile print- both fabrics were also used on the front of the quilt. 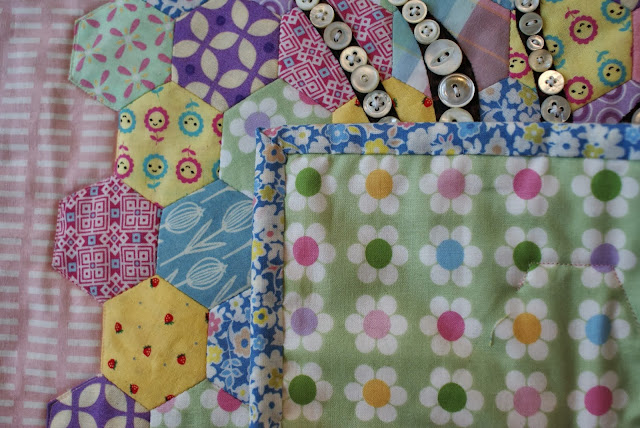 Now Charlotte's quilt is hanging next to Gregory's birth announcement quilt and I love the look of the two next to each other.  Both of these will be shown at the Manchester, NH show "A Quilters Gathering" starting on October 31. 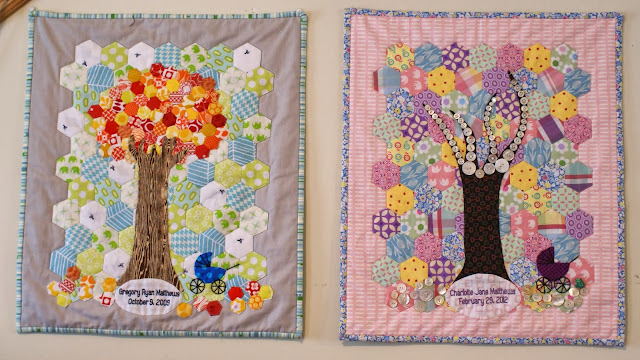 Thanks for reading!
Posted by Dresden Lane at 1:04 PM

What a beautiful quilt. The sentimental value alone is priceless. I'm sure Gregory and Charlotte are going to love these when they're older. Hopefully I'll be able to make it up to A Quilter's Gathering this year to see them in person.

BMQG said...
This comment has been removed by the author.
3:55 PM

What a wonderful keepsake!!! I love the buttons for the snow. Can't wait to see them hanging at the Gathering:-)