It's so fun to have children of both genders - one of the reasons being that it's a lot of fun to sew for each of them.  It would've been so hard to decide between the boy or girl Super Kid fabrics - so I am glad I had the opportunity to do both!
The "boy version" of this quilt was completed first because I was a little more scared of making mistakes with my precious girly Remix fabrics that I have stashed for ages.  I did make a few math errors intially and changed some design ideas with the boy version - it took me about 3 weeks to complete the top.  But once I had it all planned and the math was correct - the girl version took less than a week - in reality, this is a very easy quilt to make! 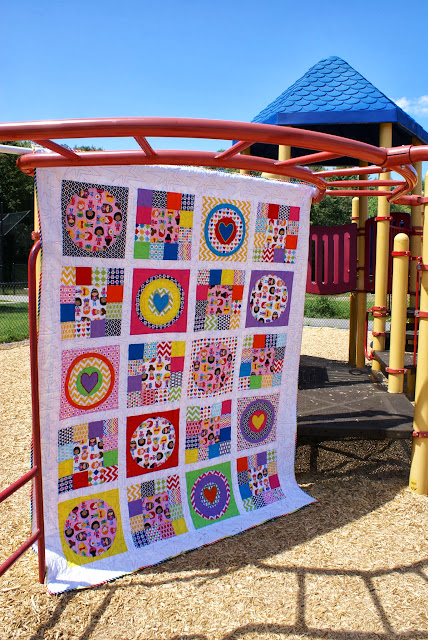 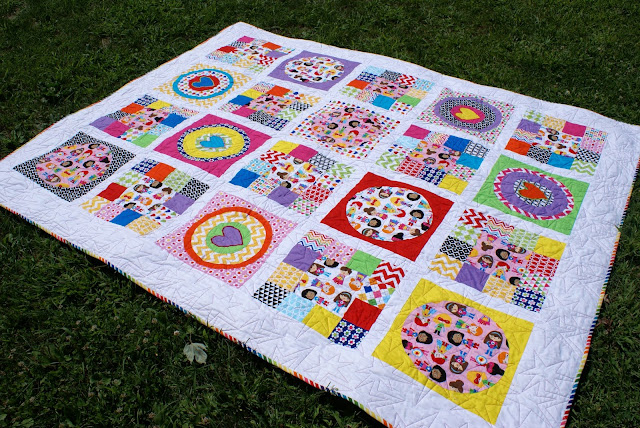 These pictures show the quilting design I chose for the quilt very well: it's a computerized pantograph called "Shazam."  I liked the idea of using the "Boom!" "Pow!" type of  "speech bubble" look that you would see in older comics.  There is no way I could've done this design free-motion.  I haven't learned that much control on the longarm yet. 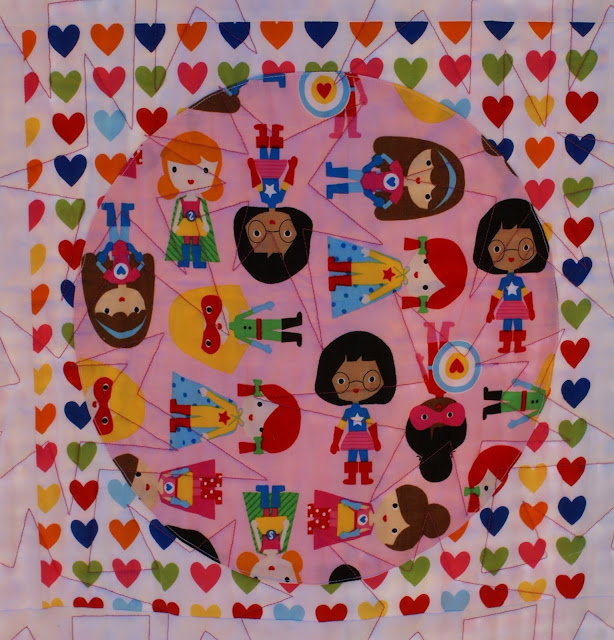 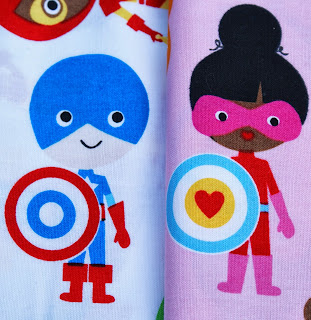 The only design difference between the girl and boy quilts is that I added a heart on top of the shield to emulate the design of a Super Girl on the fabric. 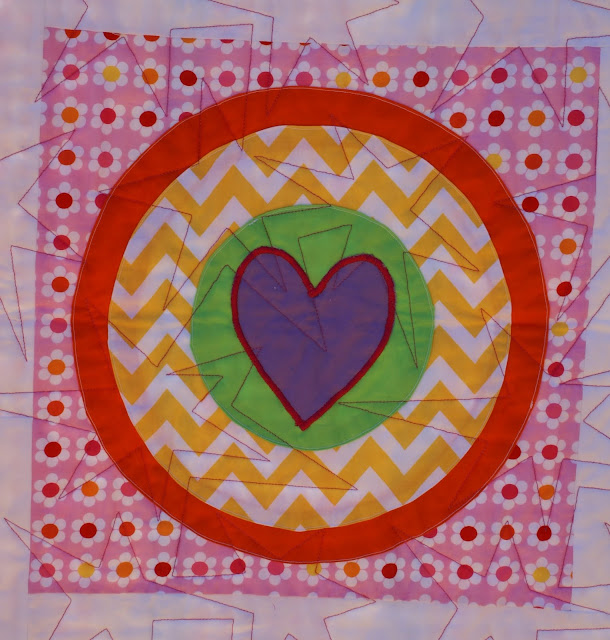 I used several different Kona Cottons within the quilt (Bright Pink, School Bus, Wisteria, Red, Sour Apple, Pacific, Lagoon, and Citrus).  I usually don't use solids in my quilts but I think it was a good choice for this quilt. 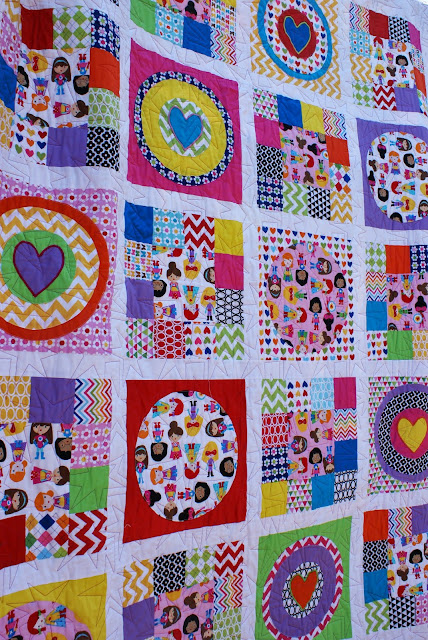 Once again, a very "old" purchase at Marden's came in handy to back this quilt: five yards of Michael Miller Candy Dots.  I don't know what I was thinking when I just randomly bought so much of that crazy-bright fabric but it obviously came in handy! 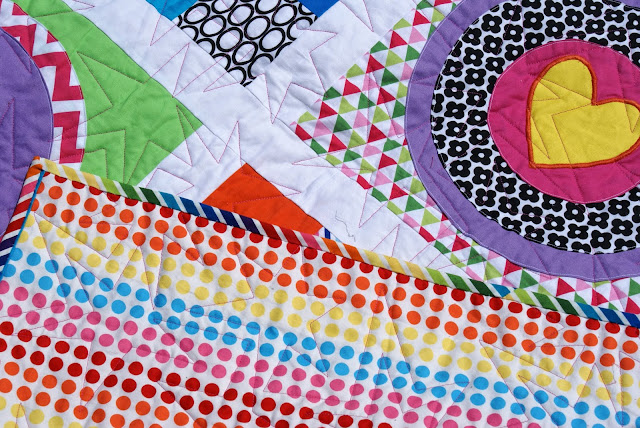 Thanks for reading!  Don't forget to check out Ann Kelle's post on this quilt, which also has a link to a full tutorial for this quilt, here.
Posted by Dresden Lane at 11:22 AM

Another fabulous quilt! The quilting design is perfect for a superhero quilt.

Love the hearts! This is awesome and you did a fabulous job!

Laurie, both of these came out awesome. Wonderful job!

Wow! This is beautiful! I think the quilting you choose is just perfect!

Am loving the super kids! So, so cute. I like that Shazam! quilting, too. Congrats on working with Ann Kelle!

This came out so sweet! Love those heart shields and the panto is a great detail!