The night before my SIL came to town- I hurriedly tried to put this top together so that I wouldn't have the rows lying all over the place. I put in the movie "Catch Me if You Can" and was done by 10:30 pm. I was also in a rush because I thought I might want to bring it to Marden's to choose a backing - but I realized I had something in my stash that will do. 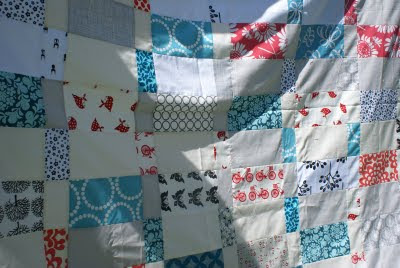 I have to say that I am really happy with how it turned out. I am kind of surprised by its large size, even though I planned it that way- 90" x 92". The reason why I wanted to make this quilt is because I wanted an excuse to use some of the gray and black fabrics that I own and love. But I don't think I would ever be content to make something without much color - so that is why I added some blue and red prints (my favorite colors). I kind of like to think of it as a black and white photo with some color added to it. 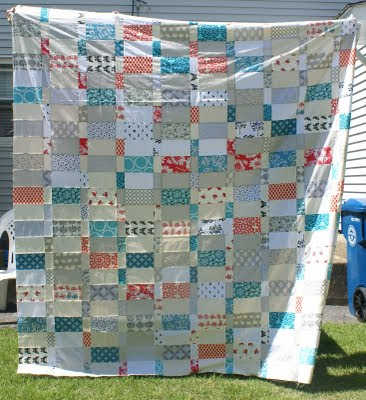 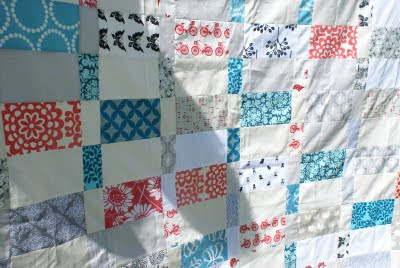 It may be a while before I get the opportunity to baste and quilt this beast but hopefully I can show its' completion soon.

this quilt is completely fabulous Laurie!

REally nice Laurie! I love the sprinkling of red throughout - very nice contrast!