Just to add to your confusion regarding this statement, over the weekend, I made this: 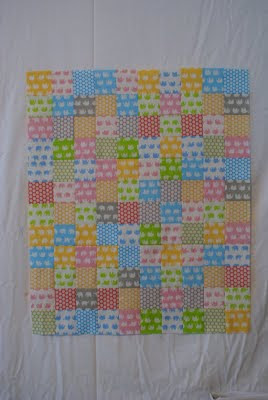 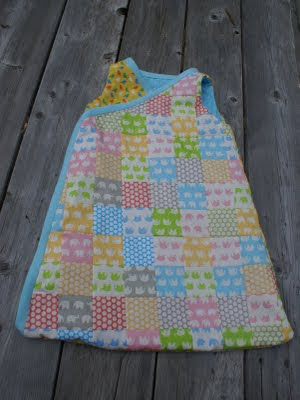 it's a patchwork sleep sack, from Anna Maria Horner's Handmade Beginnings book. I attempted a unisex look - feeling that a little bit of pink wouldn't hurt. The patchwork front is made from Tiny Tip Top fabrics and Kei Honeycomb - both Japanese import fabrics. I thought I would hate putting all of those tiny squares together but it actually wasn't that bad. The lining is a simple white on blue flannel dot from Robert Kaufman. 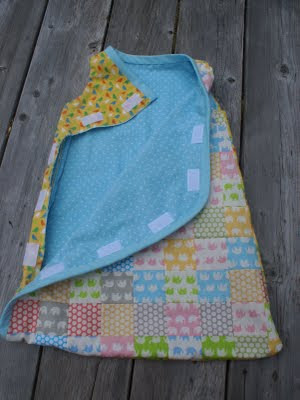 The backing is a Erin McMorris Irving Street flannel. I made double fold bias tape from some Kona Robin's Egg. 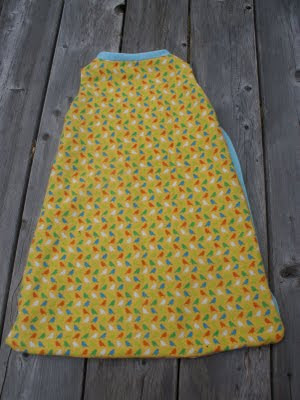 I had a really hard time putting the outer pieces together with the lining - so much so that I had to ask for my husband's help in interpreting the instructions. I ended up making a major mistake with the "under panel" - but I was able to improvise. I feel like I might have to make this again to figure out what I had done wrong.
Posted by Dresden Lane at 7:47 AM