This Good Folks quilt has been completed for a while. It's the only sewing I did within the last month or so due to illness, a babysitting gig, and the holidays. I actually cuddled up under this quilt before the binding was even hand-sewn on - it took me a while to finally finish it. I did "stitch in the ditch" quilting and it came out just fine. It's the only "large" quilt from 2010 that I actually completed. 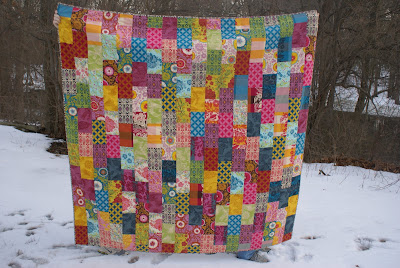 I am going to do this pattern again soon for a wedding gift- it's so simple and I can manage it myself without having to have it long-armed. 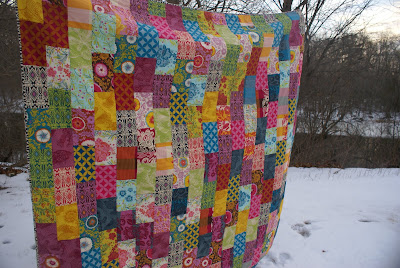 I mentioned a while ago that we did a pincushion swap with the NEMQG - this little owl guy is the one I received. It was hidden in Gregory's toy box (I knew he would claim it!) - so that is why it took me so long to post a picture. 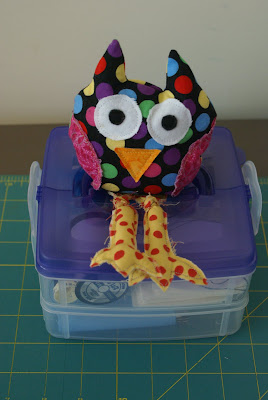 Now these are the last of my fabric-only pictures for a while, I promise! But I just had to share (brag!) a sampling of what we received at the NEMQG meeting in December. A kind member had worked for Quilter's Art magazine and often received free fabric samples. She brought in a HUGE trash bag full and we hungrily scooped it all up. Thanks Pippa! 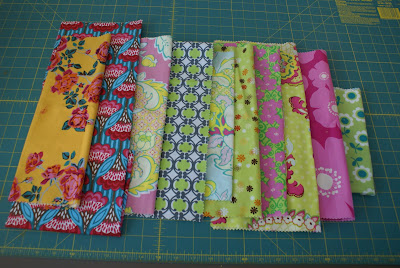 This is what I am working on now, a disappearing 9 patch Amy Butler Love quilt. It should be a quick project and I even intend to quilt it ASAP instead of combining it with all of my other WIP's. 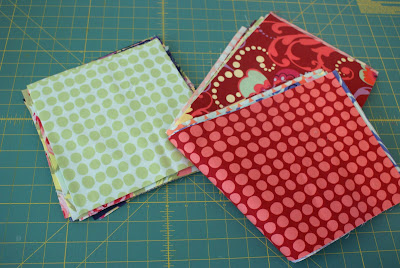 I really love your AMH quilt! What did you end up backing it with?? And the fabric - oh my gosh, you lucky things!!