Last week I went on a trip with my mother and sister to Orlando. We went to the "Wizarding World of Harry Potter" and several Disney theme parks. Our whole family enjoys the Harry Potter series but we are not fanatics. After this post, however, you might believe at least one of us is a little nuts for the series.

My sister Emily bought a few things at the Harry Potter section of the theme park and asked if we could make a bag before she returned to CO. Upon completion, I was happy to remind her that she could definitely state she had made her bag because she really did at least 50% of the work. She did all the cutting, seam ripping, ironing, hand sewing, etc.

She bought duck cloth from Joann's - which is pretty sturdy stuff - I broke two sewing machine needles while making it. 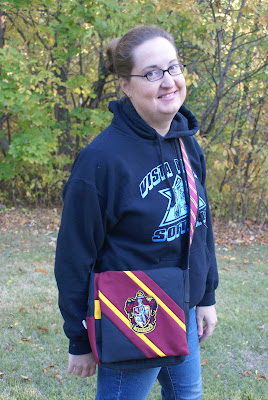 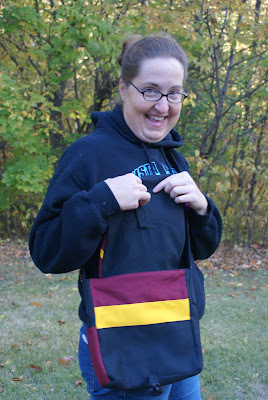 The ribbon on the strap used to be a lanyard which is supposed to be used for pinning a bunch of theme park pins on it. 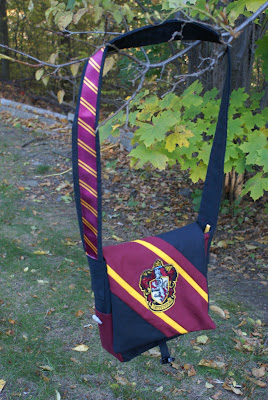 We found this cute owl button that looked nice outside the cell phone pocket. 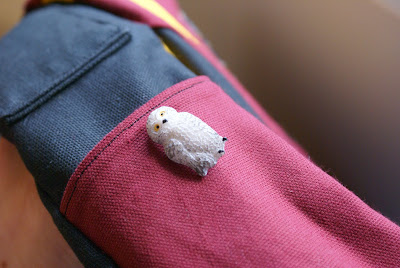 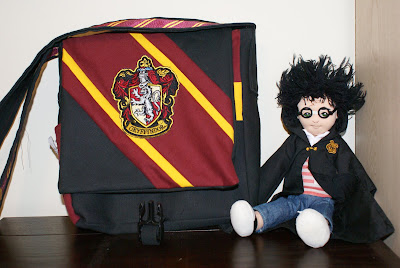 I am attempting to make myself slow down on sewing for a little while - I have some home organizational projects in mind that just need to get done! We'll see how it goes......
Posted by Dresden Lane at 12:02 PM