My baby turned one today! I feel so grateful for the happiness he has brought to our lives. 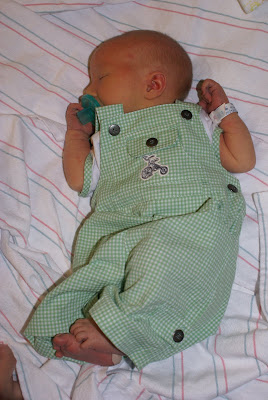 This child is OBSESSED with these store bought blankets. He received the blue one from a friend at his baby shower and became quickly attached to it. It wasn't long before I decided getting an identical one might be wise. He gets really excited when he gets to drag both of them around. 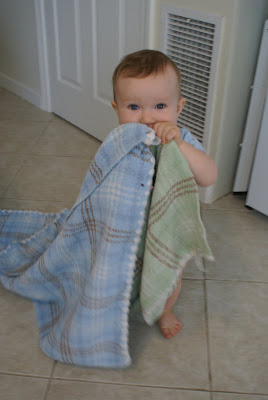 In an effort to convert him to one of the quilts I have made, I backed his birthday quilt with a "soft and cuddly" fabric from Joann's. The quilt pattern is "Simply Modern Baby Quilt" by Elizabeth Hartman. 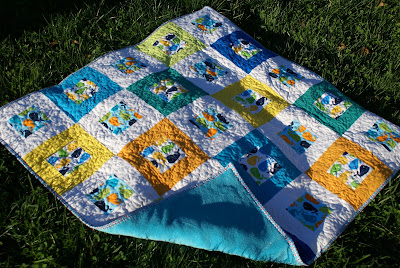 I just really love this whale fabric - it's "Urban Zoologie" by Ann Kelle and it became my jumping point for all of his presents. 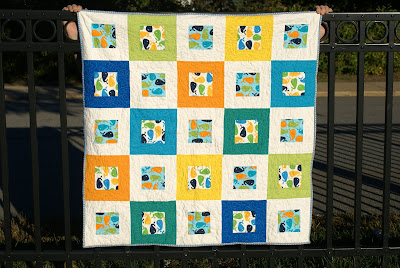 I didn't get any really great pictures of him wearing his new p.j.'s - but they did come out well and I plan on having him wear them frequently! 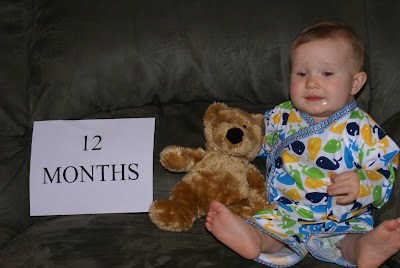 Finally, I ended up making him four whale softies. I bought the pattern from a seller on etsy and after making the first one, I decided they were easy enough for me to make a few more with other nautical fabrics: 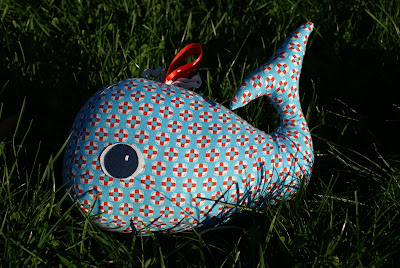 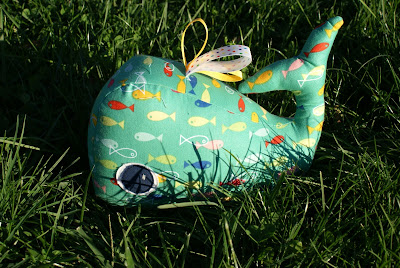 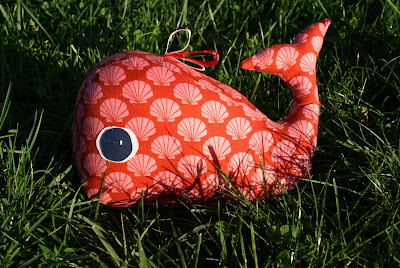 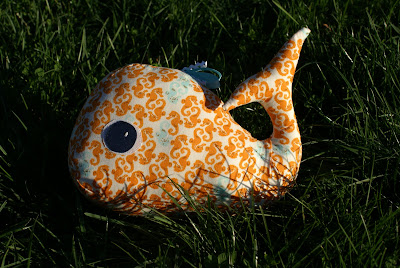 We had a great day today with lovely weather, a trip to the park, and chocolate cake. What more could anyone ask for?
Posted by Dresden Lane at 8:54 PM

Happy birthday to Gregory and you too! The quilt is perfect and I love how you used 2 different whale colorways. It's so simple but has such a great effect with the other solid fabrics! He's a lucky little guy! The whale softies are so cute too! :)

I can't believe he is 1 already. He's a lucky boy to have such a very talented mother who makes such adorable things for him.

Found you from the Ann Kelle site--this is just amazing! Love, love, love it!